The San Diego County Health and Human Services Agency spending comprises the largest part of the county’s proposed $7.15 billion budget for the next fiscal year that begins July 1.

The agency would see a slight drop in expenditures over the next year, with a 1.1 percent decline from $2.84 billion to $2.76 billion, due to the elimination of one-time COVID-19 spending, according to budget figures presented by Health and Human Services Director Nick Macchione.

Programs that would see funding cuts from last year include Public Health Services, Housing and Community Development Services and Aging and Independence Services, as well as administrative support.

Although Housing and Community Development would see a funding cut, much of that comes from the expiration of COVID-19 housing assistance, and the completion of housing projects this year, the budget plan stated. Next year’s budget would add new investments to increase affordable housing and reduce homelessness, board Chair Nathan Fletcher said.

“In this year’s budget, we are doing more to tackle homelessness than ever before, including $10 million to help our 18 incorporated cities open new shelters,” Fletcher said in a video about the draft budget. “In the next year, the county will open eight affordable housing developments, a record for any year in county history, which means more than 1,000 individuals will have access to an affordable home.”

Under the proposed spending plan, Behavioral Health Services, which includes mental health care and substance abuse treatment, would jump from about $818 million to $889 million. It would also add 94 staff members.

The department plans to expand services for people who often lack access to care, including children and youth, homeless people and those in the criminal justice system, officials said. It will add programs for LGBTQ youth and introduce mental health screening for middle school students, and expand the network of mobile crisis response teams, which dispatch mental health care professionals to non-violent emergencies, Director Luke Bergman said.

The proposed budget for the Department of Public Health Services would be cut by more than 40 percent, from $378 million to $216 million, according to Macchione. That’s due to the elimination of one-time pandemic spending and the transfer of some positions and functions to the new Medical Care Services department.

County programs for food assistance, health insurance and cash aid would see spending jump from about $612 million to $629 million and would add 119 new employees. Child Welfare Services would increase from $416 million to $431 million and hire 99 staff members. Homeless Solutions and Equitable Communities would expand from $48 million to $52.8 million.

Medical Care Services, which previously fell under public health, was designated as a separate department to oversee nursing and pharmacy operations, Medi-Cal programs and health care within the criminal justice system. Under the proposed budget, the newly formed department would have a budget of $41.6 million and 222 staff members.

Although overall spending for the Health and Human Services agency is projected to drop as various pandemic programs are scaled back or eliminated, some elements of pandemic health care will be adopted for the long haul, Macchione said.

The successes of community health workers, or promotoras, to promote testing and vaccination led health authorities to continue that work through permanent positions, he said.

Sun May 22 , 2022
By Guest The future home of HD pediatrics is currently under construction. Timothy DiBona and Robyn Hayes are introducing a new model in pediatric healthcare after working in the industry for many years. They want to change the way traditional pediatric care is delivered from the ground up. The result […] 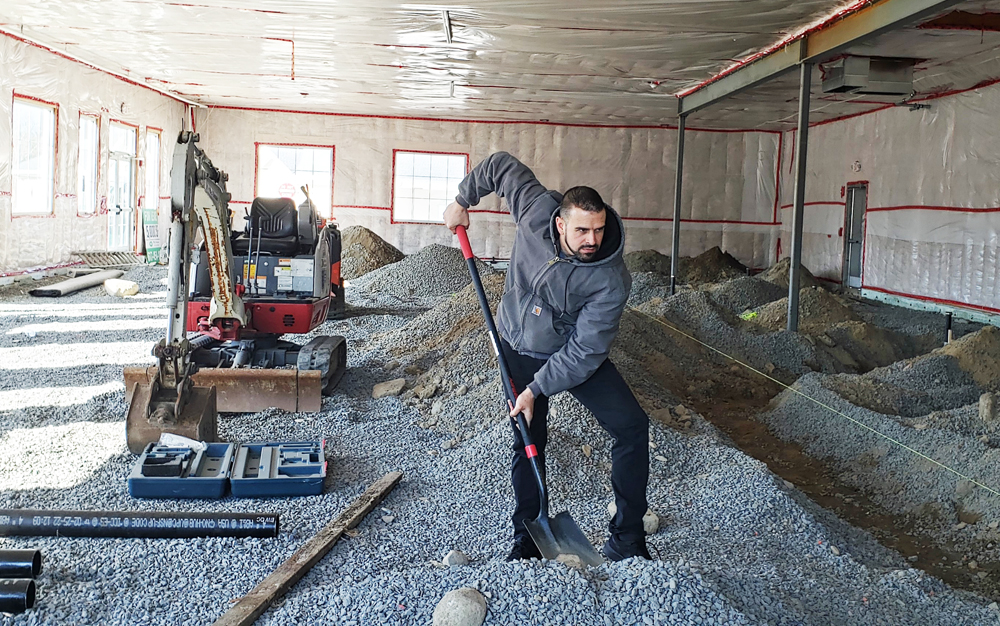