The so-called “missing middle” in mental health care is a place no one should be, where people find their needs are not met by current services. Except far too many people are languishing there, unable to access mental health care.

In this void, and as clinic waitlists grow, all sorts of mindfulness, meditation, mood monitoring and wellbeing apps have sprung up, along with text-based message services and online support platforms, many of which are designed to reach young people who shy away from seeking help or cannot afford to do so.

“Worldwide, there is a huge demand for mental health services that has not, and will not ever be met by conventional services,” says Ian Hickie, a professor of psychiatry at the University of Sydney’s Brain and Mind Centre, who for decades has been researching how internet-based tools can support youth mental health. “Responding to that demand are the technology industries.”

Australia is actually a major innovator of e-mental health services, Hickie says, developing the first online suicide prevention program, called ReachOut, back in 1998. The problem is that many innovations have never reached the people with greatest need, despite that being the stated aim of e-mental health care.

“Actually integrating [online services] into the funding and payment systems of our healthcare system, that’s been incredibly slow,” says Hickie.

It is estimated that there are over 10,000 mental health smartphone apps now available. “While governments muck around at the edges, private capital moves in,” Hickie says.

The evidence for e-mental health care is strong. Research shows that digital approaches, such as self-guided internet-based cognitive therapy, can be as effective as face-to-face sessions with a psychologist for common conditions such as depression and anxiety.

People with severe mental illnesses can benefit from technology-enhanced care, too. Based on a decade of youth feedback, Orygen’s Moderated Online Social Therapy platform for youth psychosis offers young people “wraparound” support from clinicians and peers, and continuous access to evidence-based therapy. It has halved rates of psychosis-related hospital admissions and boosted employment rates five-fold.

“We now have the potential to reach people right across the world in ways we never had,” says Hickie, including those in developing countries where there is a serious lack of mental health services.

But of course, not all apps, tools, chatbots or instant-messaging services are made equal – which raises some vexing questions about access to quality mental health care.

“There are a bazillion apps out there at the moment and not a lot of them are evidence-based,” says Alexis Whitton, a psychologist at the Black Dog Institute who is also researching digital tools for mental health care.

“Getting into services is not enough if they’re poor or harmful, and evidence-supported treatments are no good if people can’t find or receive them,” adds psychologist Emma Morton of the University of British Colombia, Canada.

Most recently, a sweeping meta-analysis of 145 clinical trials involving nearly 50,000 patients “failed to find convincing evidence” in support of any mobile mental health tools, mostly because of shortcomings in trial design and perhaps because the analysis lumped together apps of varying quality.

“Increasing access is critical but we definitely don’t want to see dips in quality,” says Whitton. “We don’t want to get into a situation where we’re jeopardising the quality and continuity of care for convenience.”

So how do we sort out the good apps from the bad? Researchers say online services that are co-designed with the people they aim to help, and apps which are secure, private, shown to be effective, and which enable people to share data insights with their psychologist, are a safer bet. That way, digital tools that monitor mood, exercise and sleep habits, or platforms offering round-the-clock support, can safely supplement routine therapy.

“These blended approaches to care can actually speed time to recovery,” Whitton says. “They can shorten the number of sessions that people need, which leads to reduced cost of mental health care, and it can also free up time for psychologists to work on the more troubling issues that clients can face.

“In this way, the smart use of digital technologies can help to further humanise mental health care.”

Integrating technology-based care can also open the door to more personalised assessment, which is a primary goal of therapy, says Hickie. “Rather than using broad diagnostic categories that don’t really tell you much, you can learn more about a person with digital tracking tools,” he says.

Tracking someone’s progress over time also enables a person – and their therapist – to see what strategies work to boost their mental health, and which ones don’t. Which might go some way to explaining why people tapping into online therapies are more likely to stick to their treatment.

Get an update of science stories delivered straight to your inbox.

“We suddenly have the capacity to personalise care and deliver care in ways that people are much more likely to engage with,” Hickie says. “You get away from the ‘one-size-fits-all’ approach and people have the potential to find the service that most suits them.”

However, e-mental health interventions are often plagued by low uptake and poor adherence, says Whitton. “Very few people will actually get a large enough ‘dose’ of a digital therapy for it to be effective,” she says.

Unless, as Whitton’s research shows, their doctor or trusted health professional recommends a specific tool. In that case, people are two to three times more likely to use e-mental health services than had they explored online options themselves.

But hesitancy amongst doctors to integrate digital tools into routine care is an issue. “Occasionally, healthcare providers can feel that if they provide a digital tool, it may constitute poorer quality care,” Whitton says. Concerns around data privacy and scepticism stemming from the market saturation of untested interventions are also common.

So a lot more work needs to be done to figure out how best to embed digital tools in the existing healthcare systems, Whitton says – “not replacing the system or funnelling everyone into digital services, because we know that they don’t work for everybody.

“We also need to be mindful that it’s not exclusionary, because we do know there are people who can struggle to use technology, who prefer to speak with a human.”

However, online services and digital tools ought to drive up the quality of traditional services as well by providing a “greater level of accountability and outcome monitoring so that we can continue to improve quality of care”, says Whitton. “That’s where digital tools can really help, so we can see what’s most effective.”

Hickie laments the fact that inquiries have repeatedly found over 30 years that one-third of people who use mental health services and half of their families rate the services as poor quality. Criticisms about why people – especially young adults and adolescents – don’t seek out or persist with mental health care are rife, he adds.

“Much of what we’ve done in Australia, with headspace [the country’s national youth mental health foundation], with GP programs and with bricks and mortar clinics, is to try and increase access without worrying if it works,” says Hickie.

But suddenly, Hickie says, with well-designed e-mental health platforms, online services and apps, people have agency, and can rate services on the benefits derived and problems encountered.

“It isn’t just about delivery, it’s also about quality assurance,” he says. “The more feedback users provide, the quicker it will grow and develop to become a quality system.”

Yet issues of privacy, data security and confidentiality remain. Many health tech companies reserve the right to change their privacy policies at any time without notifying users, who may be uncomfortable with – and unaware – that their data is suddenly open to a broader use or has changed hands.

“Although they collect these intimate data and provide users with health-related information, most digital health tech companies are not actually healthcare providers,” write Jessica Roberts and Jim Hawkins, two University of Houston (US) health-law experts, in an editorial in the journal Science.

Many apps are also marketed as tools to foster wellbeing, not mental health specifically, “so they live in a world that’s outside of health regulation”, adds Hickie.

“The moment they are marketed as health interventions, as treatments, we need to hold them to a higher standard,” he continues. “Once they meet the standards, then they can all compete on the basis of who does the job best.”

Hickie says governments also need to step up and create the right ecosystem and regulatory environment for digital mental health tools, “so you end up with the best investment of capital constrained by that which has the most benefit and hopefully protects against the most harm.”

But the reach of Australia’s therapeutic regulator, the Therapeutic Goods Administration, only goes so far – while the internet knows no geographical boundaries.

Mental health tips by psychologist that every woman should follow | Health

Sun May 15 , 2022
If you are a woman and reading this, it’s a reminder for you to take care of your mental health every single day. Prioritising mental health is important for everyone to promote overall well-being and protect against mental illnesses. However mental illnesses impact men and women differently. For instance, depression […] 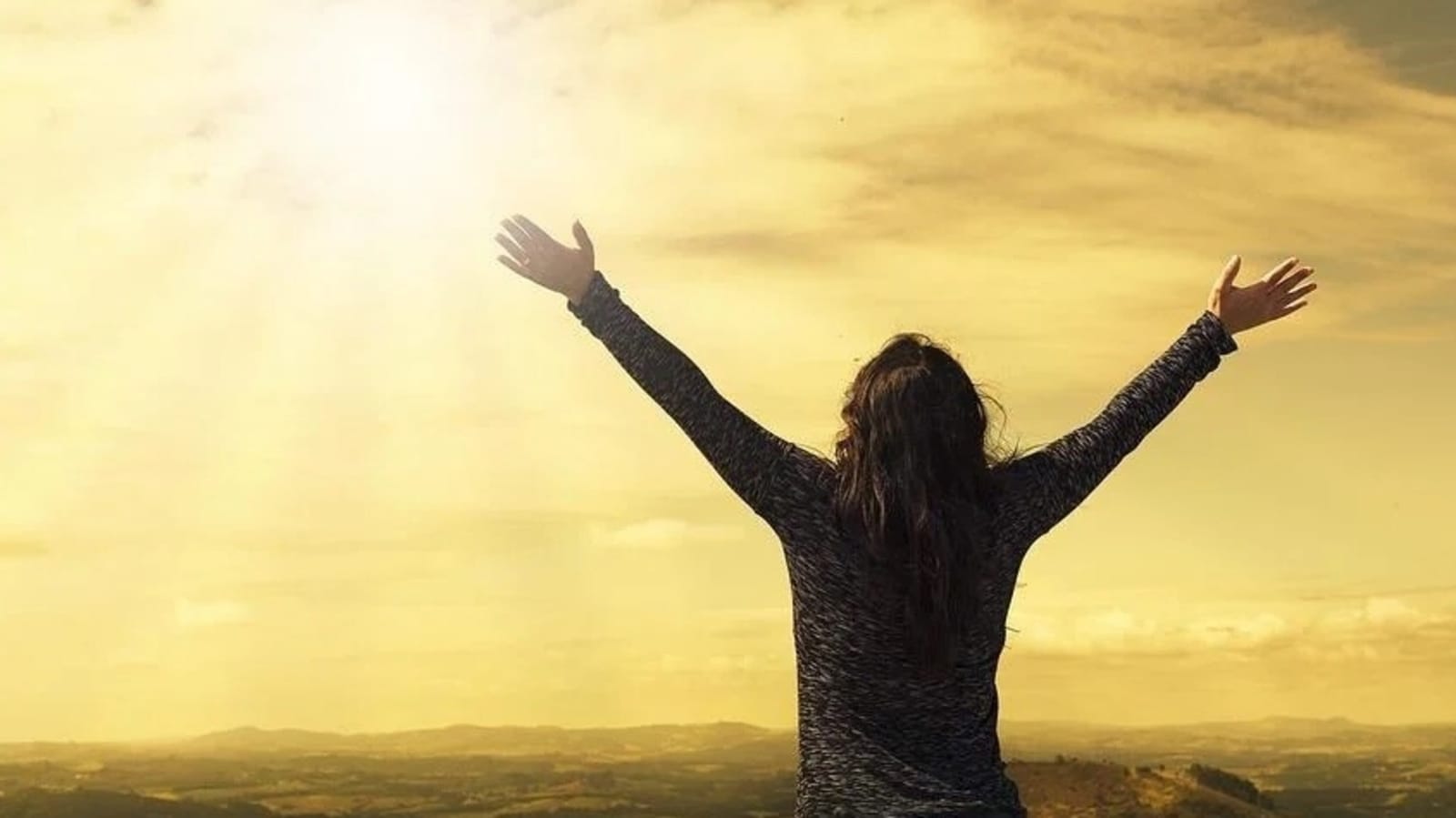