The products, with names like “Royal Honey for Him” and “X Rated Honey for Men,” may contain hidden pharmaceuticals, the FDA said: the active ingredients in Cialis and Viagra.

In a release on Tuesday, the agency said that its internal lab testing found tadalafil and sildenafil in the honey products. Those ingredients, not listed on the labels, are found in Cialis and Viagra, which are used to treat erectile dysfunction and are only available by prescription.

These supplements might therefore pose health risks to consumers, the FDA said. The drugs can be dangerous for patients taking nitrates, which is common among those with diabetes, high cholesterol or heart disease, since the interaction could lead their blood pressure to drop to dangerously low levels. Other consumers might have allergies or sensitivities to the medications.

Adding a drug into a food product for interstate commerce violates federal law, the FDA said. The agency has given the companies 15 days to either state how they will address the problem or explain why they believe the products do not violate federal law.

The companies that received FDA letters are Thirsty Run LLC (also known as US Royal Honey LLC), 1am USA Incorporated dba Pleasure Products USA, Shopaax.com and MKS Enterprise LLC. None of them responded to NBC News’ requests for comment.

Other honey products mentioned in the FDA’s warnings include “Vital Honey for Men” and “Secret Miracle Royal Honey for Her.” According to the FDA, the products are sold online and possibly in some retail stores.

The product description of “Royal Honey for Men,” for example, says it is made using “the most potent and natural source of sexual power and testosterone—Royal Honey—that is filled with rich floral nectar and a mix of select roots to maximize the effect.”

The ingredients listed for that product include ginseng root and tribulus terrestris, a leafy plant.

“People should be very leery taking many of the products and supplements, because they’re unregulated, and most people don’t know what’s actually in them,” said Dr. Franklin Lowe, vice chairman of the Department of Urology at Montefiore Medical Center and a professor at Albert Einstein School of Medicine.

“What is on the label doesn’t necessarily correlate to what’s actually in the bottle or in the pill. And this is a perfect example of that,” he added.

Because dietary supplements are regulated as food, not drugs, the FDA does not vet them for safety, effectiveness or labeling, nor give them federal approval.

Other sexual enhancement supplements have similarly been found to be hiding active drug ingredients in the past.

The FDA warned consumers in April about nearly a dozen other honey-based sexual supplements that contained drug ingredients. In 2019, the FDA announced that sexual enhancement pills sold on websites including Amazon contained hidden and potentially dangerous ingredients like sildenafil.

“We encourage consumers to remain vigilant when shopping online or in stores to avoid purchasing products that put their health at risk, and instead seek effective, FDA-approved treatments,” Judy McMeekin, the FDA’s associate commissioner for regulatory affairs, said in the release.

Elliot Lewis is an intern for NBC News.

Americans deserve to know what is in their dietary supplements

Wed Jul 13 , 2022
“Designed to support hormonal balance, weight management, complexion, and fertility.” That was the description on the bottle, and the reason Emily, a 23-year-old healthy young woman, chose to use an herbal supplement.    For months, she took four pills each day — as prescribed on the bottle — until something changed. Emily began […] 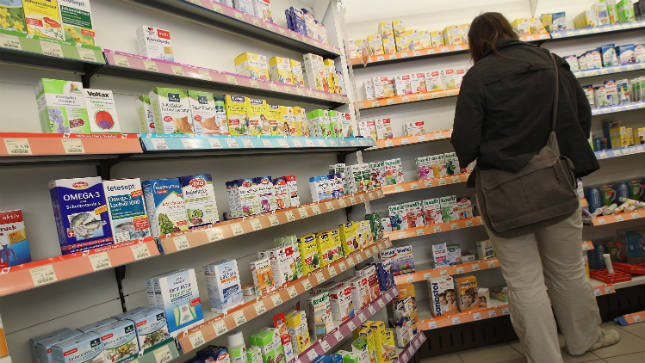