Editor’s Note: POLITICO Pulse is a free version of POLITICO Pro Health Care’s morning newsletter, which is delivered to our subscribers each morning at 6 a.m. The POLITICO Pro platform combines the news you need with tools you can use to take action on the day’s biggest stories. Act on the news with POLITICO Pro.

— Senate Democrats are rallying for gun control while health officials toe the line.

We go where travelers need vaccines against infectious disease — helping to protect global travelers as they explore new communities. Our vaccines and treatments have protected people worldwide from cholera, smallpox, anthrax and more. Learn how we’re preparing for what’s next at www.emergentbiosolutions.com

STATES EXTEND POST-BIRTH CARE — California, Florida, Kentucky and Oregon are extending state health coverage for postpartum care from 60 days to 12 months, joining a handful of states as the United States struggles to tamp down on the worst maternal and infant mortality rates in the industrialized world.

The Centers for Medicare and Medicaid Services announced Wednesday that the four states’ moves to expand coverage through Medicaid and the Children’s Health Insurance Program would bolster care for roughly 126,000 families. Their extensions come roughly a year after the American Rescue Plan passed with a provision to let states extend Medicaid and CHIP coverage of postpartum care without applying for a waiver.

Three of those states — Florida, South Carolina and Tennessee — haven’t expanded the Medicaid program to cover more low-income people. That loomed large during the Wednesday press briefing, where a health-equity advocate from Florida and three government officials from the other newly expanded states spoke.

“Florida remains one of the 12 states that has not expanded Medicaid under the Affordable Care Act,” Alison Yager, Executive Director of the Florida Health Justice Project, said. “These two investments by the federal government in extending postpartum coverage and expanding access to [The Affordable Care Act] marketplace coverage are key to ensuring access to health care for as many Floridians as possible.

The backdrop: Most states that have extended care have also publicly reported maternal mortality figures, though far less public data is available for 12 months post-birth.

As POLITICO reported last week, Louisiana was an early adopter of tracking postpartum care and mortality for a year, but it also has one of the nation’s worst maternal mortality rates — a trend that Sen. Bill Cassidy (R-La.) attributed in part to the state’s high Black population and health disparities, along with broad definitions of maternal mortality.

Jacey Cooper, chief deputy director of the California Department of Health, cited racial disparities’ impact on postpartum care during the briefing, saying the program would allow for “the full spectrum of care” on direct and indirect postpartum conditions, including mental health problems, substance use and intimate partner violence, which “is critical to addressing birth equity, reducing racial disparities and ensuring the long-term well-being of children and families in our state.”

DEMOCRATS TRY FOR GUN CONTROL — Is it a new era? Senate Majority Leader Chuck Schumer is giving gun-safety negotiations a chance, while Arizona Democrat Kyrsten Sinema is reaching out to Republicans to find a path forward. And GOP senators are answering Chris Murphy’s (D-Conn.) call for new bipartisan talks, our Burgess Everett writes.

Betting on a 50-50 Senate to cut a deal responding to the massacre of 19 children and two teachers at a Texas elementary school just five months before the midterms is still a long shot. But there’s enough will among Senate Democrats to at least give it a go instead of forcing sure-to-fail votes intended to put Republicans on defense, Burgess notes.

What could happen: Instead of bringing up House-passed background-check legislation that Republicans and possibly a Democrat or two would block, Schumer is holding out hope that the latest mass shooting will finally unstick a bipartisan deal. On Wednesday, he told his top deputy, Senate Majority Whip Dick Durbin (D-Ill.), that he would give Murphy, Sinema and other deal-seeking Democrats some space to test the waters with Republicans one last time.

Meanwhile, health officials are walking the line. While HHS Secretary Xavier Becerra, CDC Director Rochelle Walensky and Surgeon General Vivek Murthy have called gun violence a public health crisis in the past (fueling, for Murthy, criticism and eventually his ouster during the Trump administration), they’ve been careful to stay away from gun-control advocacy in the immediate fallout.

“Not only have our country’s youth endured a pandemic, they’ve also endured gun violence — whether in their communities or on their computer screens,” Becerra wrote on Twitter Wednesday. “We can’t let this trauma and fear go unaddressed. That’s why we’re calling on states to address the mental health of our kids.” 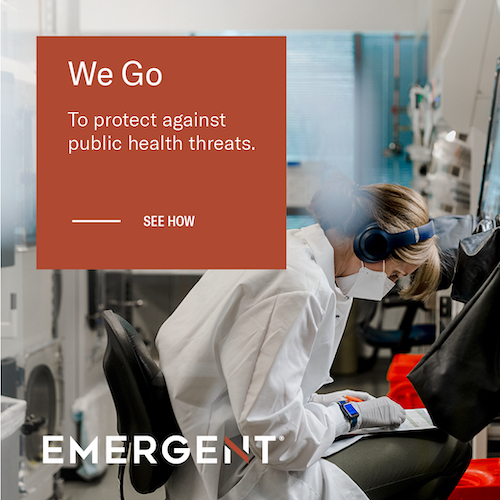 SENATORS LAUNCH TELEHEALTH PROPOSAL — A group of Finance Committee senators this morning released a discussion draft of the telehealth piece of a mental health initiative in the works.

“The pandemic made clear that telehealth is a game-changer, particularly so Americans can get mental health care when they need it,” said Wyden in a statement.

THE SUBSIDY CLIFF IS COMING — Millions of people who signed up for individual marketplace coverage this year could lose care or see big premium hikes in 2023 as the clock ticks for lawmakers to extend or formalize Affordable Care Act subsidies introduced during the public health emergency.

We knew this could happen. But with the emergency ending as soon as October and Congress divided on a pack of legislative issues, the reality could hit people right before the midterms despite some states’ efforts to enact measures to expand or extend support, the Center on Budget and Policy Priorities’ Jennifer Wagner and Farah Erzouki write in a new report.

Even if states act quickly in the absence of congressional action, people might not receive renewal information or know they qualify for other programs if they’re kicked off Medicaid, Wagner and Erzouki write. “Agencies need to give them clear instructions and assistance to complete the additional, sometimes complicated steps necessary to transition to that coverage.”

MEDICARE ADVOCATES BACK PRIOR AUTHORIZATION BILL — The Better Medicare Alliance has endorsed the Seniors’ Timely Access to Care Act, H.R. 3173 (117), a bipartisan bill that would remove prior authorization barriers for certain treatments and tests under Medicare Advantage.

Remember: The bill hit 290 sponsors earlier this month, which under House rules starts the clock for a floor vote. The Better Medicare Alliance includes health insurers like UnitedHealth and Humana as well as community organizations like YMCA and Meals on Wheels.

Woodcock and Mayne eventually received the whistleblower report via email from another FDA staffer on Feb. 14, three days before the recall, Califf said. The agency said copies of the whistleblower report sent to Mayne and another FDA official were found in the FDA’s mailroom in May, but officials have yet to locate the copy sent to Woodcock. It was “likely due to Covid-19 staffing issues,” and “a mailroom analysis is underway,” the commissioner said.

“The FDA, at every step of this process, dropped the ball,” Rep. Rosa DeLauro (D-Conn.), chair of the House Appropriations Committee, told Meredith. “It put infants at risk.”

Carrie Pugh departed from HHS after more than a year as director of external affairs in the HHS Office of Intergovernmental and External Affairs to start her own firm, 8821 Strategies.

LaShon Beamon joined Clyde Group as a senior vice president in the health care practice. She was most recently associate director for state relations and communications in the Administration for Children and Families at HHS.

Evan Dorner joined Strategic Marketing Innovations as a director. He was previously the federal affairs director for California Life Sciences.

CVS and Walmart will stop filling prescriptions for controlled substances ordered from Cerebral Inc. and Done Health, a significant hit to the telehealth companies amid scrutiny of their prescribing practices, The Wall Street Journal’s Rolfe Winkler and Sarah Nassauer report.

A year after George Floyd’s murder, the nation is still grappling with Black trauma and the gap in mental health care services in many Black communities, The Associated Press’ Kat Stafford reports.

A California bill to improve equity in cancer care cleared the state’s Senate and will advance to the House, Pasadena Now reports.

We help defend against things we hope will never happen – so we are prepared, in case they ever do.

We do what we do because we believe in a better, more secure world. One where we’re ready for the unknown and one where peace of mind prevails. Learn more about protecting public health at www.emergentbiosolutions.com

Sun May 29 , 2022
This Memorial Day Weekend, 39 million people are expected to travel, making it the highest travel weekend for the official start of summer since 2019, or pre-pandemic times. Most of us also want to eat healthy while on the road or in the air, and we need strategies to stick […] 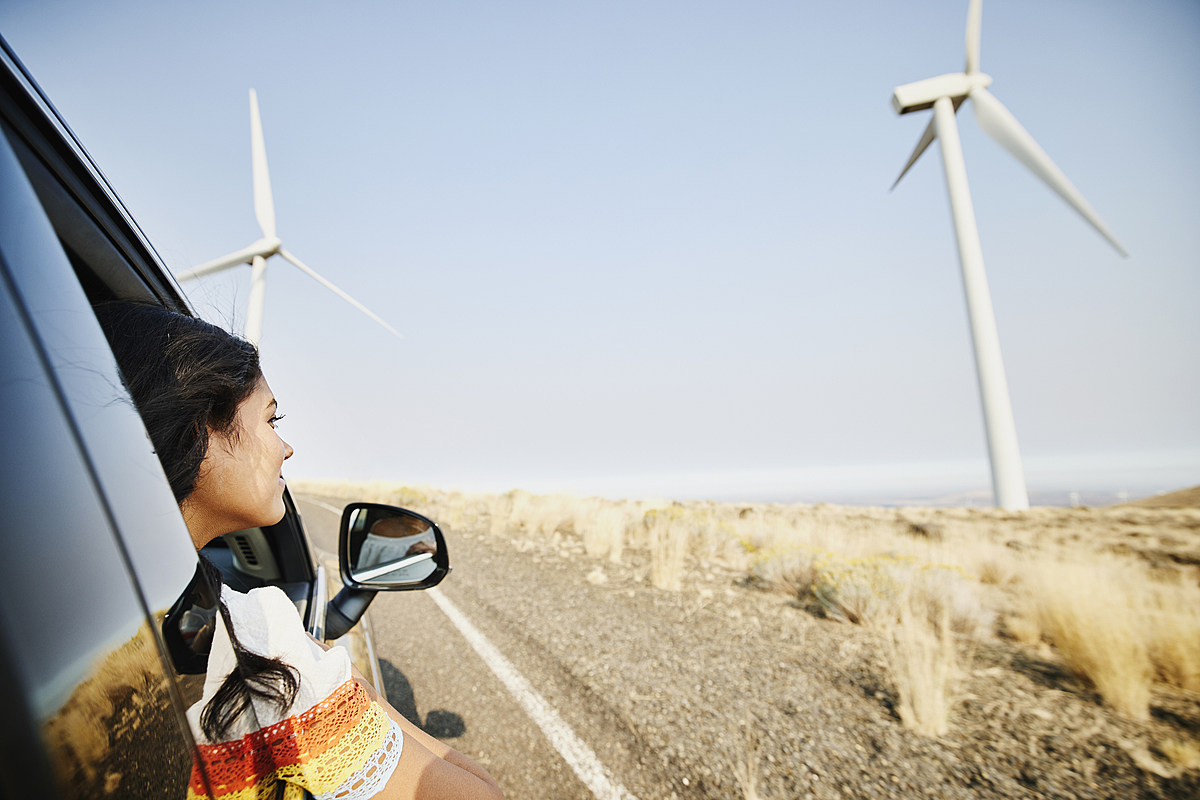